Last year, Virginia Republicans regained the edge in retaining voters from the previous year’s presidential election. In non-presidential elections, fewer voters turn out and those who do tend to be older, whiter and richer -- which on balance can favor the GOP. One exception was 2017, when opposition to then-President Trump enabled Virginia Democrats to win the voter retention battle. 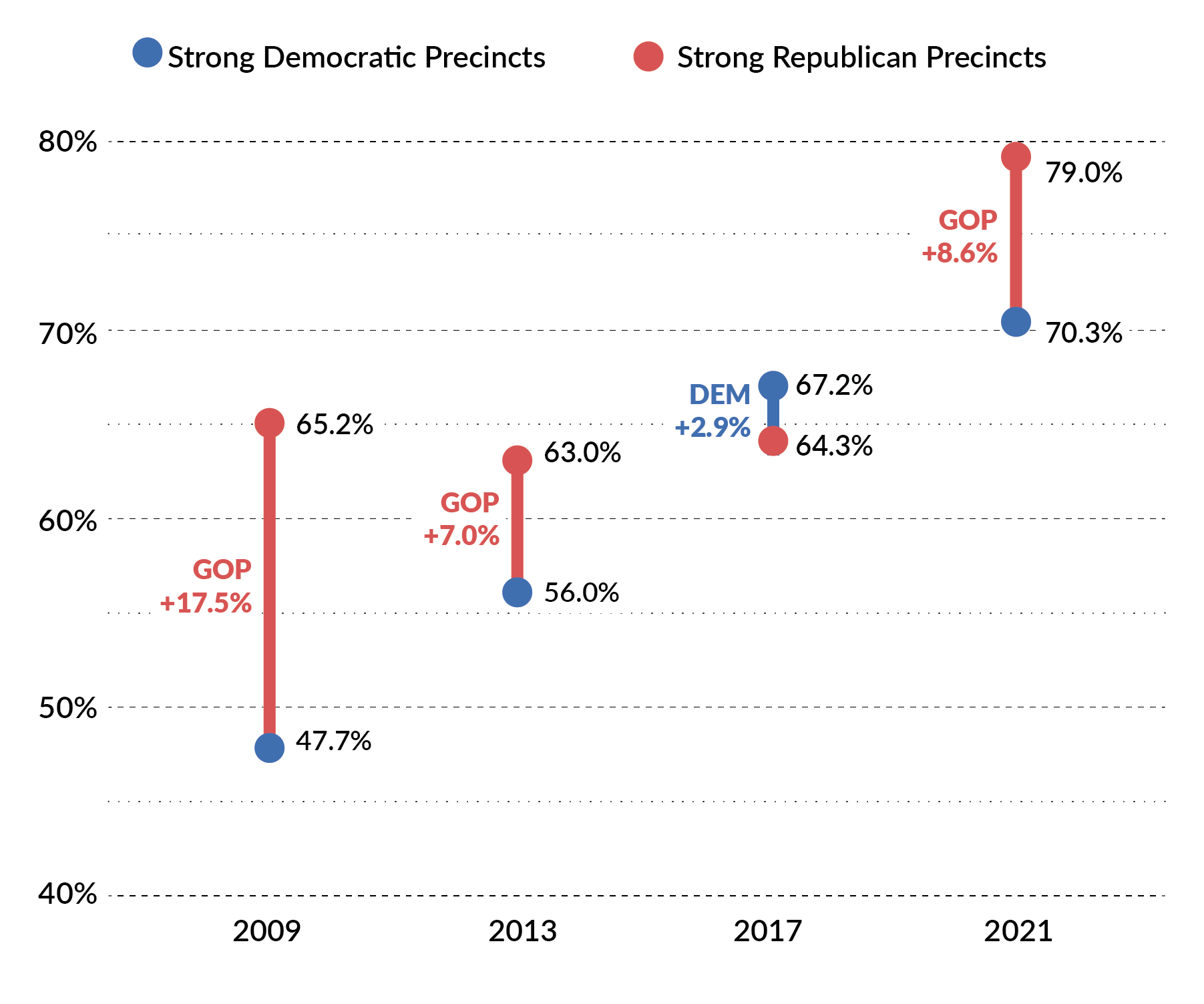 VPAP's analysis found that voter retention for both political parties has increased in the last two gubernatorial election cycles. The chart above shows that in three out of the last four elections, the voter retention in overwhelmingly GOP precincts has been higher than retention in strong Democratic precincts.

Source: VPAP used precinct-level election-day results from the state Department of Elections to identify strong Republican and Democratic precincts in the 2008, 2012 and 2016 presidential races. For the 2020 election, VPAP used the 2016 precincts because high levels of absentee votes made election-day vote totals unreliable at the precinct level. To identify the number of ballots cast in each precinct, VPAP used vote history files from the DOE and L2 Political for the 2012-13, 2016-17 and 2020-21 elections. VPAP used election-day returns for the 2008-09 elections.