In Virginia, lobbyists can provide free meals and entertainment to legislative and executive officials. Each summer, lobbyists are required to disclose details of any entertainment that cost more than $50. The most salient detail – the name of the official(s) entertained – is required only when the cost per person exceeds $50. In practice, most lobbyist entertainment disclosures do not name names.

During the 2020 General Assembly session, lobbyists reported a total of 106 dinners in Richmond restaurants. 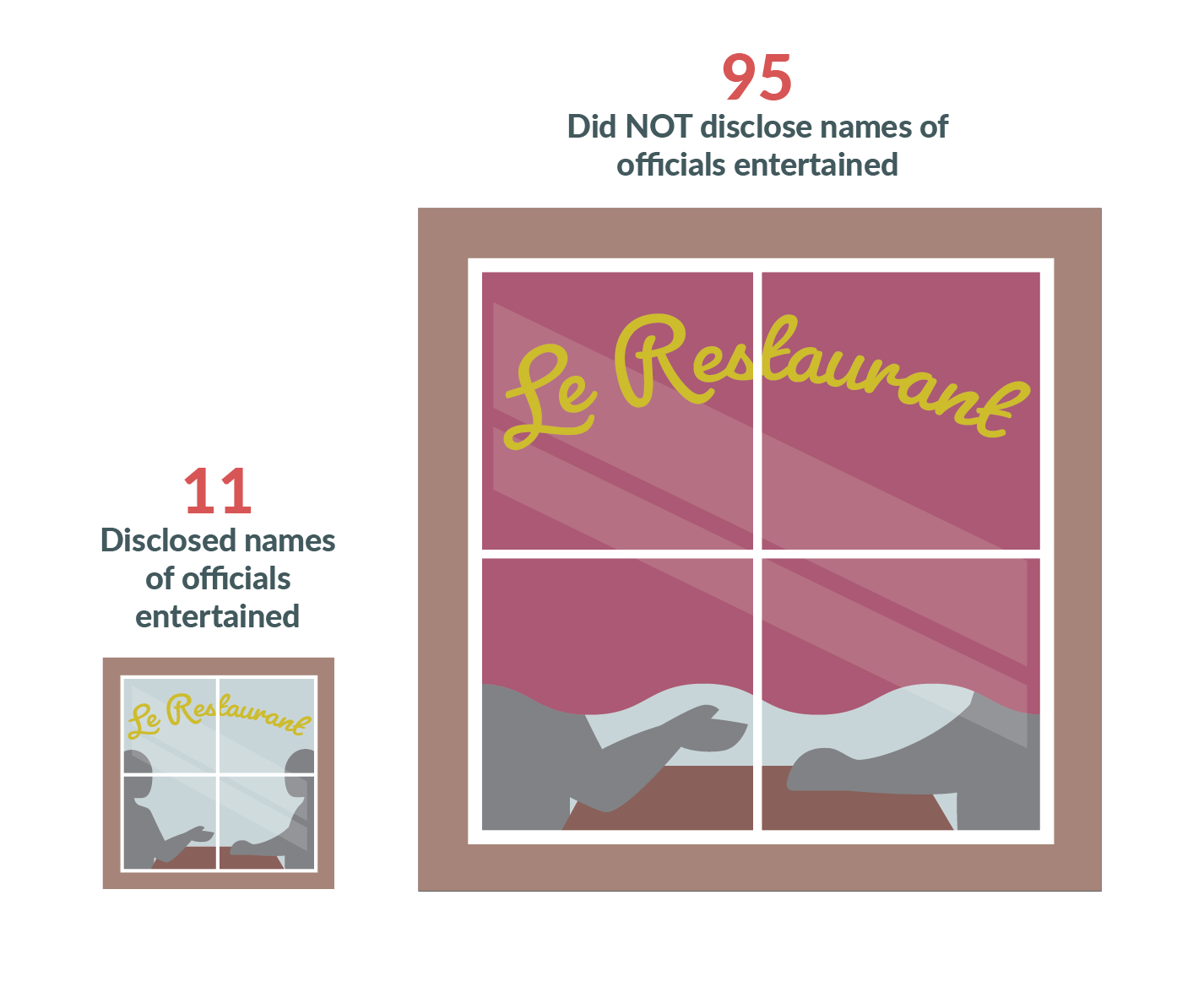 Not every dinner is expensive enough to trigger a lobbyist to disclose the name of officials entertained. Some meals take place in BBQ joints or pizza parlors, where one would be hard-pressed to spend $50 a person. Some dinners include legislators who pick up their own tab.

Then there is bill-splitting. During the 2020 General Assembly session, nearly half of the 95 dinners where no names were named involved split bills. Here is how it works:

How one dinner can become three dinners

Virginia's disclosure rules allow two or more lobbyists to split the costs of a single meal. It also allows one lobbyist to distribute the cost of a single meal across multiple clients. This can drive down the per-person cost to $50 or less. 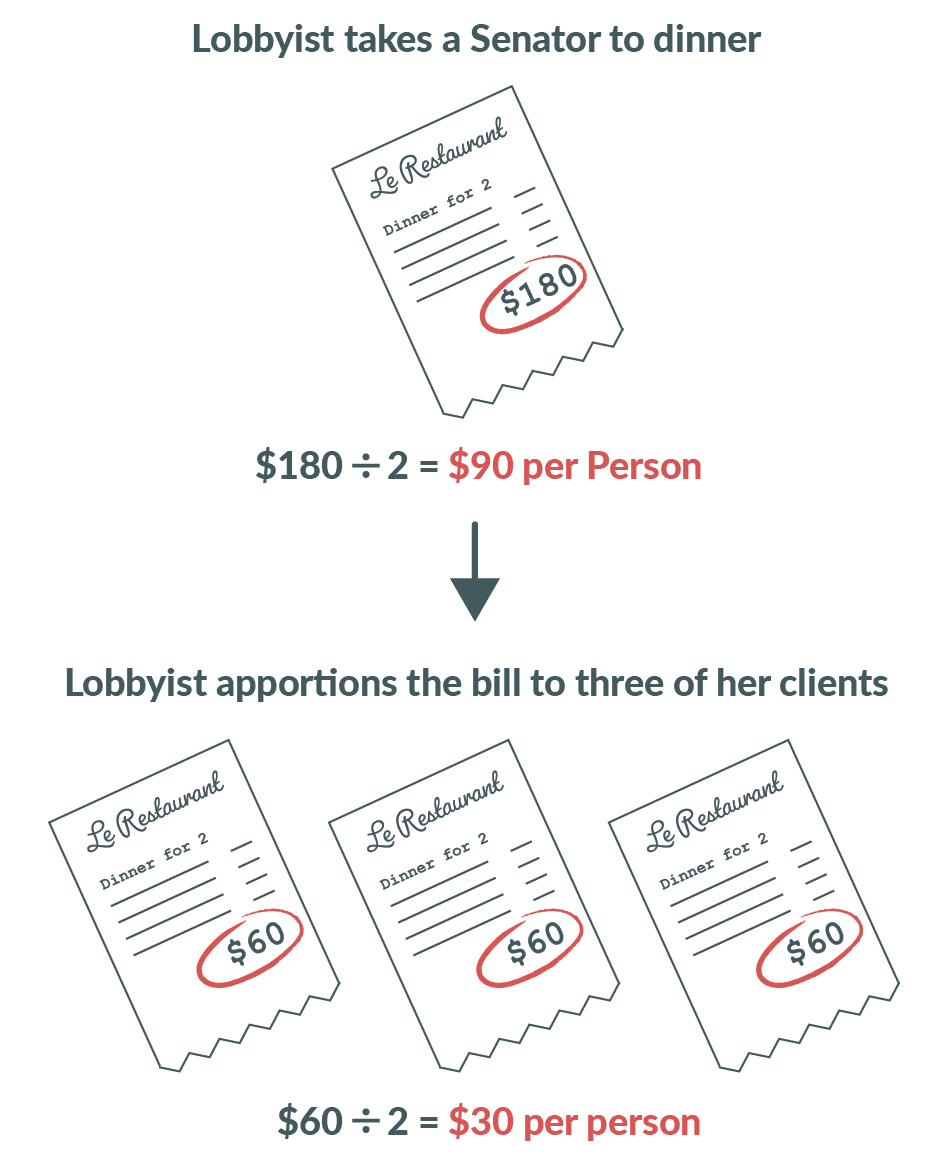 In the hypothetical example above, a Senator was treated to a $90 dinner. The lobbyist split the bill among three different clients. Later, the lobbyist filed three separate entertainment reports, each with a per-person cost of $30. As a result, there was no requirement to disclose the Senator's name.

Source: Lobbyist disclosure statements covering activity from May 1, 2019 through April 30, 2020 filed with the Virginia Ethics Council.