Forty-four candidates won elections last month, even though their names did not appear on the ballot. 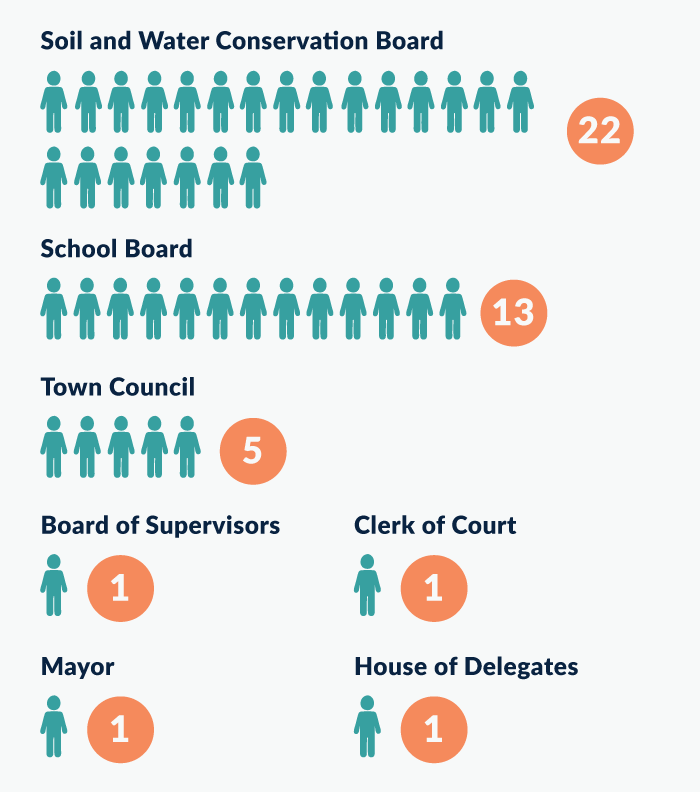 All but two of the winners came in elections in which no candidates qualified for the ballot or there were more seats than the number of candidates running. The two exceptions were both incumbents who ran as write-ins after failing to qualify for the ballot: Del. Nick Freitas (R-Culpeper) and Brunswick County School Board member Timothy F. Puryear.

No one ran for Mayor of Glasgow (Pop. 1,300) in Rockbridge County. When the votes were counted, Shane Watts led the ballot for Town Council and received the most write-in votes for Mayor. Watts chose to become mayor.

A Write-in Job that Pays

Some consider the Clerk of Circuit Court the most sought after office in Virginia. Clerks serve eight-year terms and are paid a handsome salary. So it came as a big surprise this year in Petersburg when no candidates qualified the for ballot. The incumbent flubbed her paperwork, setting off a five-way write-in scrum. The winner was Maytee "My" Parham, a teacher and wife of the city's Mayor. 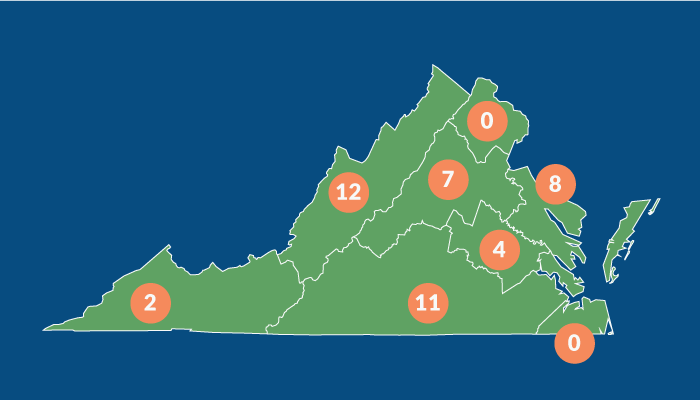 Population data from the 2010 Census.

Write-in Winners with Most Votes