The Impact of Small Donations in House Elections

Democrats running for the House of Delegates in 2017 tore up the record-book for political donations from donors who give in increments of $100 or less. Democrats reported 153,442 small donations, compared to 7,332 for Republicans. 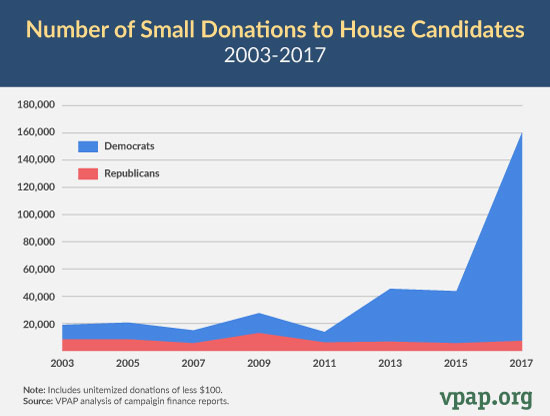 Before the internet remade political fundraising, Republicans and Democrats raised roughly the same amount of money from donations of $100 or less. A typical House candidate might report a few hundred small donations.

The image below includes a photo of each 2009 House candidate, sized relative to the number of small donations reported. 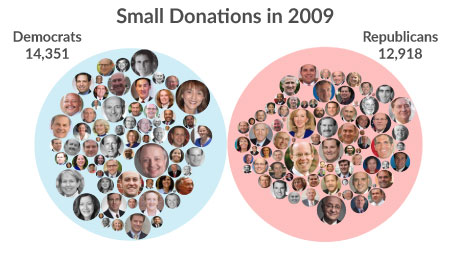 This year, online donations to Democrats grew so fast that a handful of House candidates each topped more than 10,000 small donations. 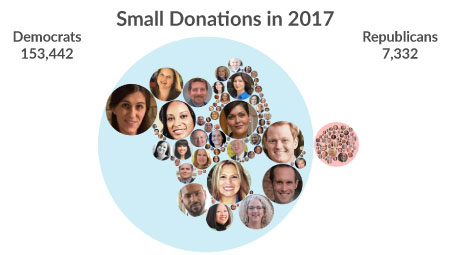 Traditionally, small donors represented a small fraction of the total amount of money raised by House candidates. The Democrats’ success in online appeals has made donations of $100 or less a much more important part of their overall fundraising efforts. 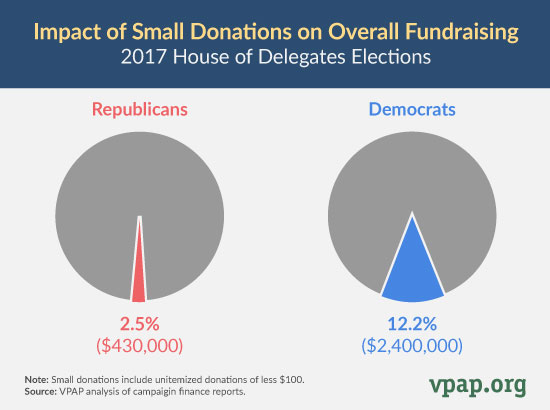