Side Effects of Early Voting

The explosion of early voting in Virginia this year had two impacts. First, it sowed confusion on election night as initial returns from in-person voting precincts favored Republicans, while early and absentee voters -- whose picks weren't reported until late at night -- overwhelmingly backed the Democratic ticket. Second, the public is now left with a limited ability to understand partisan shifts at the neighborhood level. This visual explains both impacts.

How Early Voting Played out in Loudoun County

More than 156,000 people voted before Election Day, and all of their votes were assigned to a single 'central absentee precinct.' This dramatically shrank the number of residents who on Election Day would vote in the county's 99 neighborhood precincts. 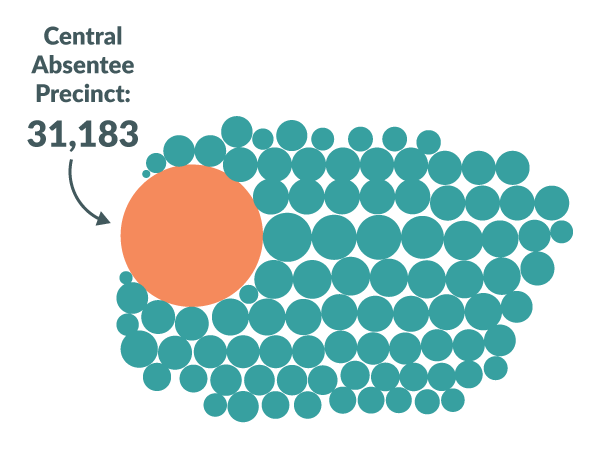 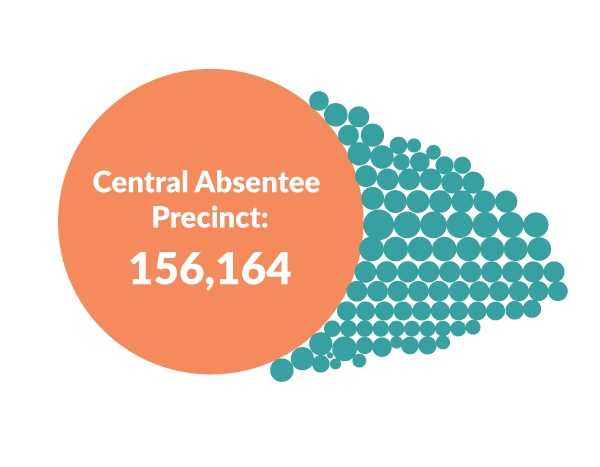 On election night, President Trump jumped ahead in Loudoun. Many people didn't understand and were confused by what happened later. As we now know, Democrat Joe Biden had more than 109,000 votes -- nearly eight of every 10 he would receive in Loudoun -- waiting in the central absentee precinct, which was the last precinct to report that night. When it came in, the county flip-flopped. 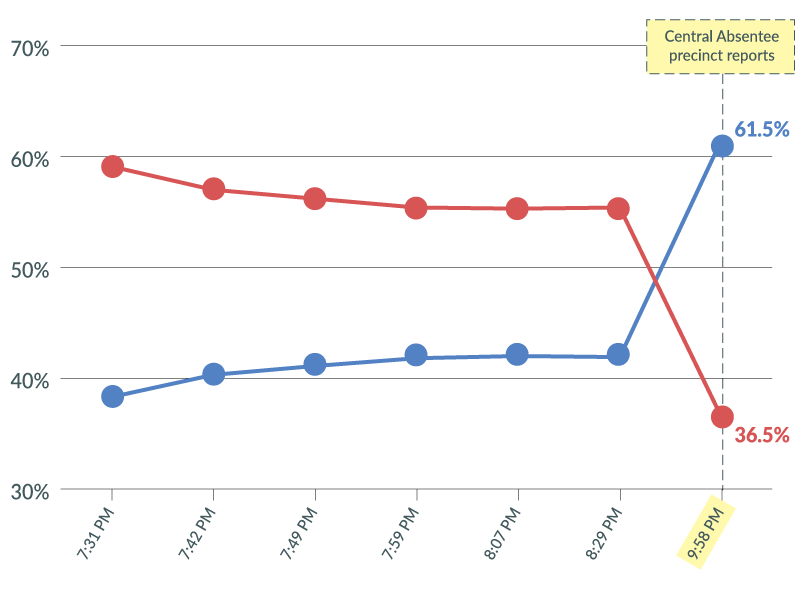 What's Wrong with This Picture?

Biden ran stronger in Loudoun than Hillary Clinton had four years ago. So why does the 2020 map appear less blue? The reason: Voting machines in Virginia have not been programmed to allocate early votes back to precincts where voters reside. As a result, the only mappable results for 2020 are votes cast on Election Day, which Trump won handily. 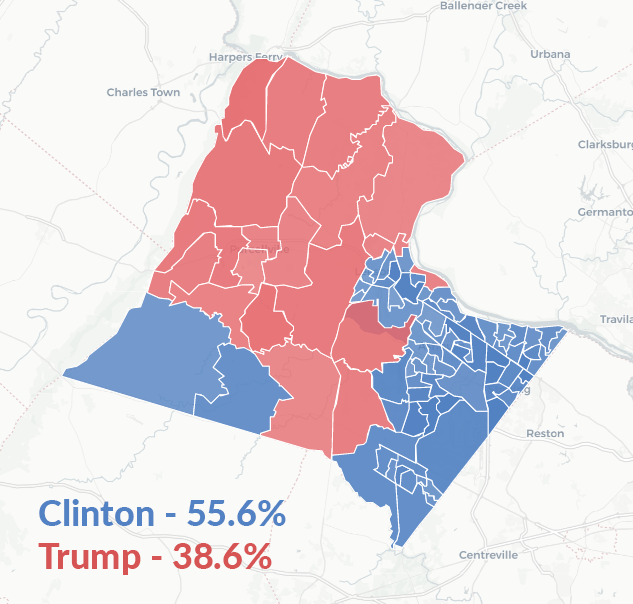 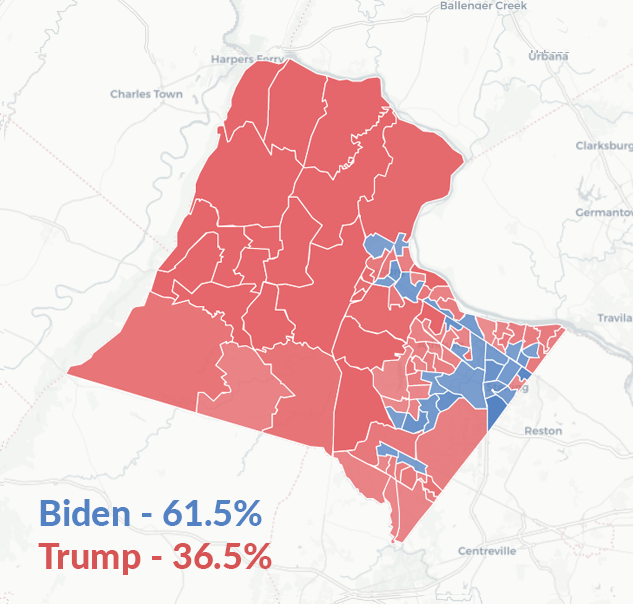