One month before the 2020 General Assembly convened, Sen. Richard Stuart (R-Westmoreland) introduced a bill to make it illegal for drivers to hold a cellphone in their hand. It turned out to be a popular idea. In the end, five other legislators put in bills essentially identical to Stuart’s bill.

But this year, legislators – faced with strict bill limits – have cut back on duplicating others’ ideas. 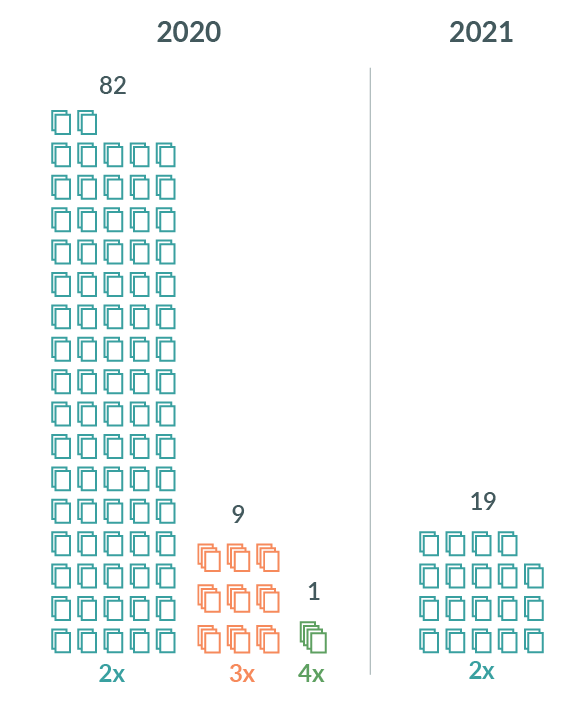 Notes: Starting out with identical versions of bills -- one introduced in House, the other in the Senate -- is standard practice for anyone trying to pass legislation in the General Assembly. But this visual looks at how often essentially the same bill gets introduced multiple times in the same chamber.

Methodology: For this visual, bills were considered the same, or "semantically similar", if the summary text, as drafted by the Division of Legislative Services, was identical or nearly identical. This semantic similarity is calculated based on variations of the "TF-IDF" and "cosine similarity" algorithms.