Money Raised: One Year Out

An historical look at early fundraising by candidates for Governor of Virginia.

Total raised in first half of the year before the election 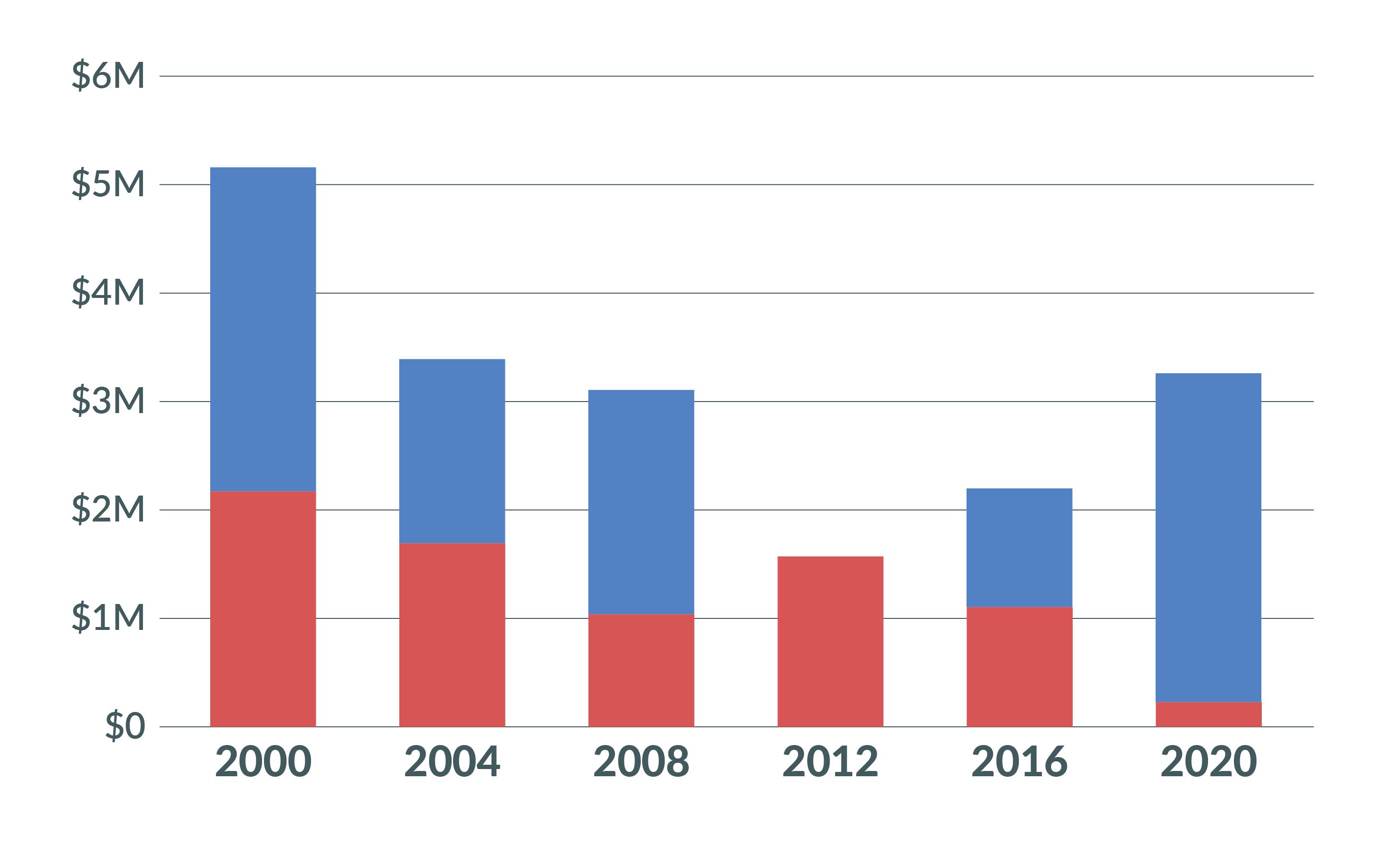 Note: Dollar amounts include total raised by gubernatorial campaigns and any PAC or candidate committee controlled by the candidate. Dollar amounts for past years have been adjusted for inflation.

Here's the breakdown by candidate each year: 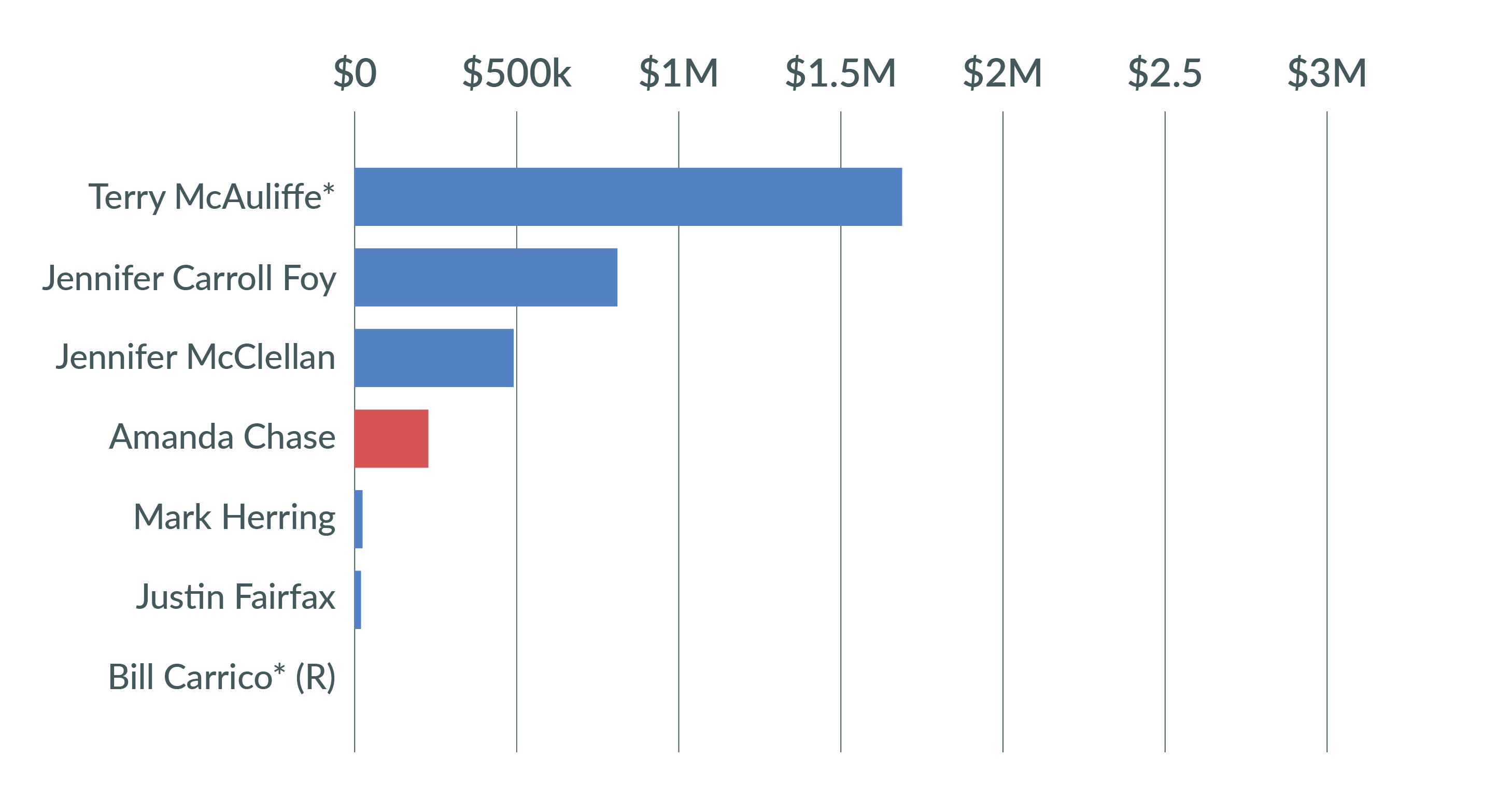 In two previous runs for Governor, Democrat Terry McAuliffe didn't raise a dime in the first six months of the year before the election. Though he has yet to make his intentions clear for 2021, McAuliffe raised more than twice as much money as all the other candidates combined. Republican candidates fell below the $1 million mark.

Early on, the 2017 contest looked like it would be a two-way race. On the Republican side, the path appeared clear for Ed Gillespie, who two years earlier had come close to knocking off Democratic U.S. Sen. Mark Warner. But in April 2016, conservative Corey Stewart entered the race and was followed four months later by State Sen. Frank Wagner (R-Virginia Beach). On the Democratic side, Attorney General Mark Herring deferred to Lt. Gov. Ralph Northam for the chief executive bid. Former congressman Tom Perriello surprised many by jumping into the race for the Democratic nomination in January 2017.

Lt. Gov. Bill Bolling was the favorite of Republican donors, but he would drop out in November 2012 after the Republican Central Committee voted to select the party's 2013 nominee with a convention, the method favored by Attorney General Ken Cuccinelli. Meanwhile, Democrat Terry McAuliffe -- who had finished second in a three-way Democratic gubernatorial primary in 2009 -- was making his way around the state on his own nickel. McAuliffe waited until December to start taking donations.

Attorney General Bob McDonnell had smooth sailing to the Republican nomination, while Democrats were headed for a three-way primary. Terry McAuliffe waited until the end of the year, after the November 2008 presidential election, to form a PAC or committee.

Attorney General Mark Earley and Lt. Gov. John Hager were battling for the Republican nomination. Democrat Mark Warner made it clear from the start that with his business connections and his personal fortune, he did not intend to be outspent.

* Indicates candidate expressed interested in running, but has not declared intent.