Governor Ralph Northam did not veto a single measure passed this winter by the Democratic-controlled state legislature. It was only the second year in recent memory (Bob McDonnell, 2010) when the Governor kept his veto pen dry.

From Many Vetoes to None

In the first half of his four-year term, the Republican-controlled legislature approved more than 50 measures that were blocked by Northam, a Democrat. Now that fellow Democratic legislators are calling the shots, Northam has objected to far fewer measures that reached his desk. 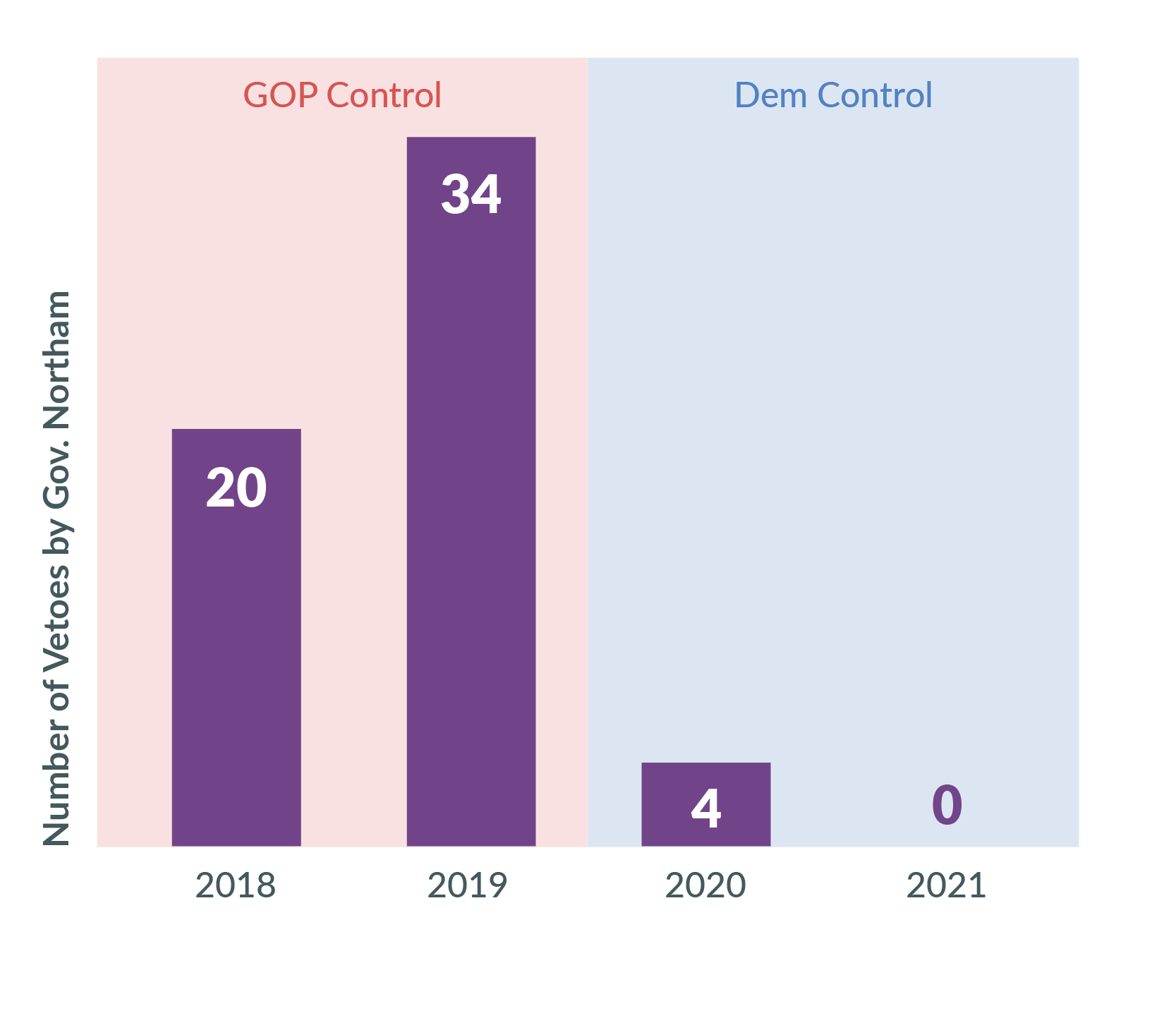 Since 1994, there have been only three two-year stretches when the same party controlled the Governor's mansion and both chambers of the General Assembly. There has been a wide variation in the number of times a Governor felt the need to swat down ideas put forward by members of his own party. 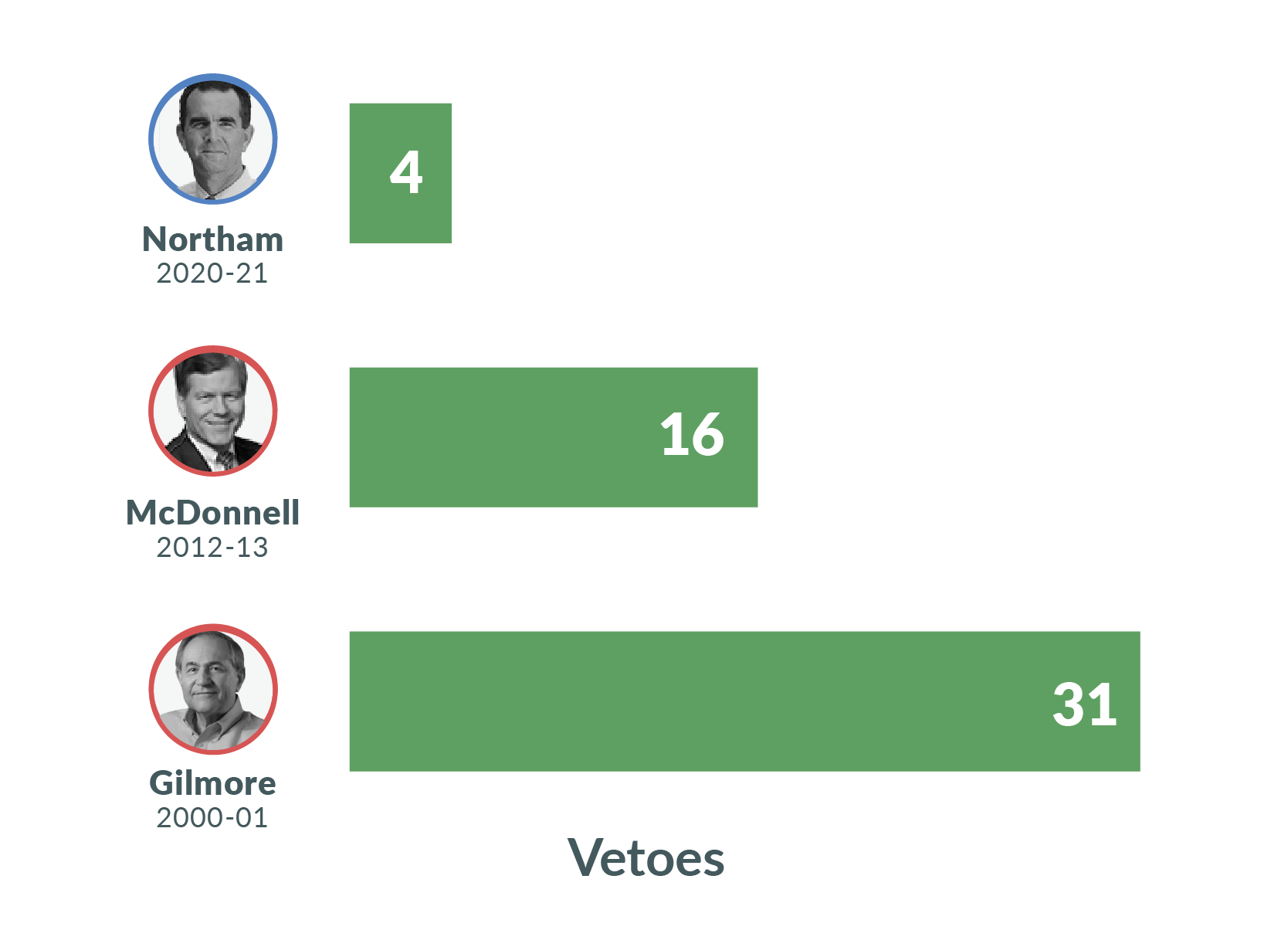 Below is the total number of vetoes during the full four-year term of recent Governors. Before his term ends next January, Northam may have more opportunities to exercise his power to block legislation. 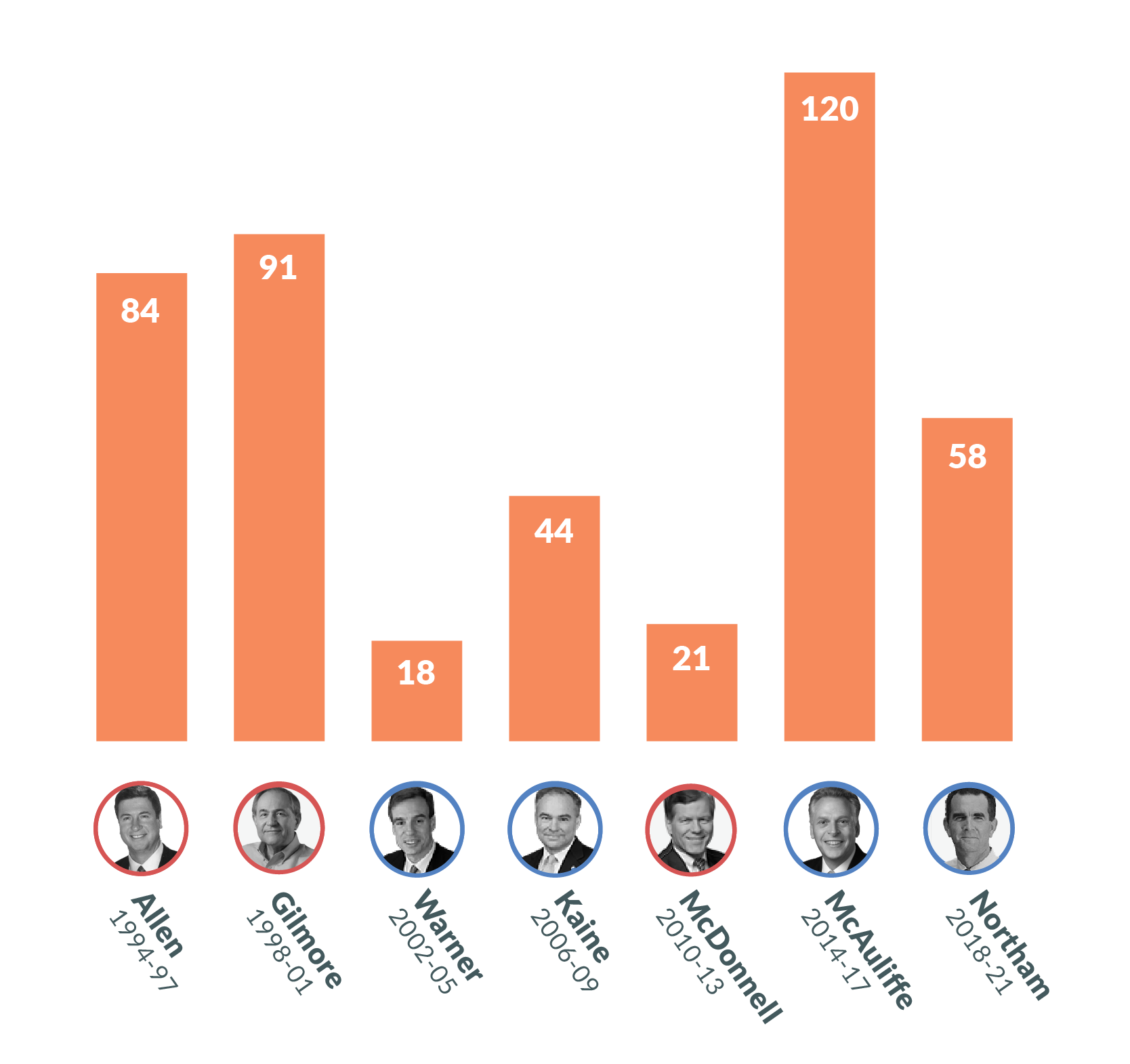