Party-Line Voting Is Up

In the 2021 General Assembly session, it's become increasingly rare to see disagreements fall along any line other than Democrat v. Republican. This visual looks at two measures of party-line voting during the first half of the last four legislative sessions. 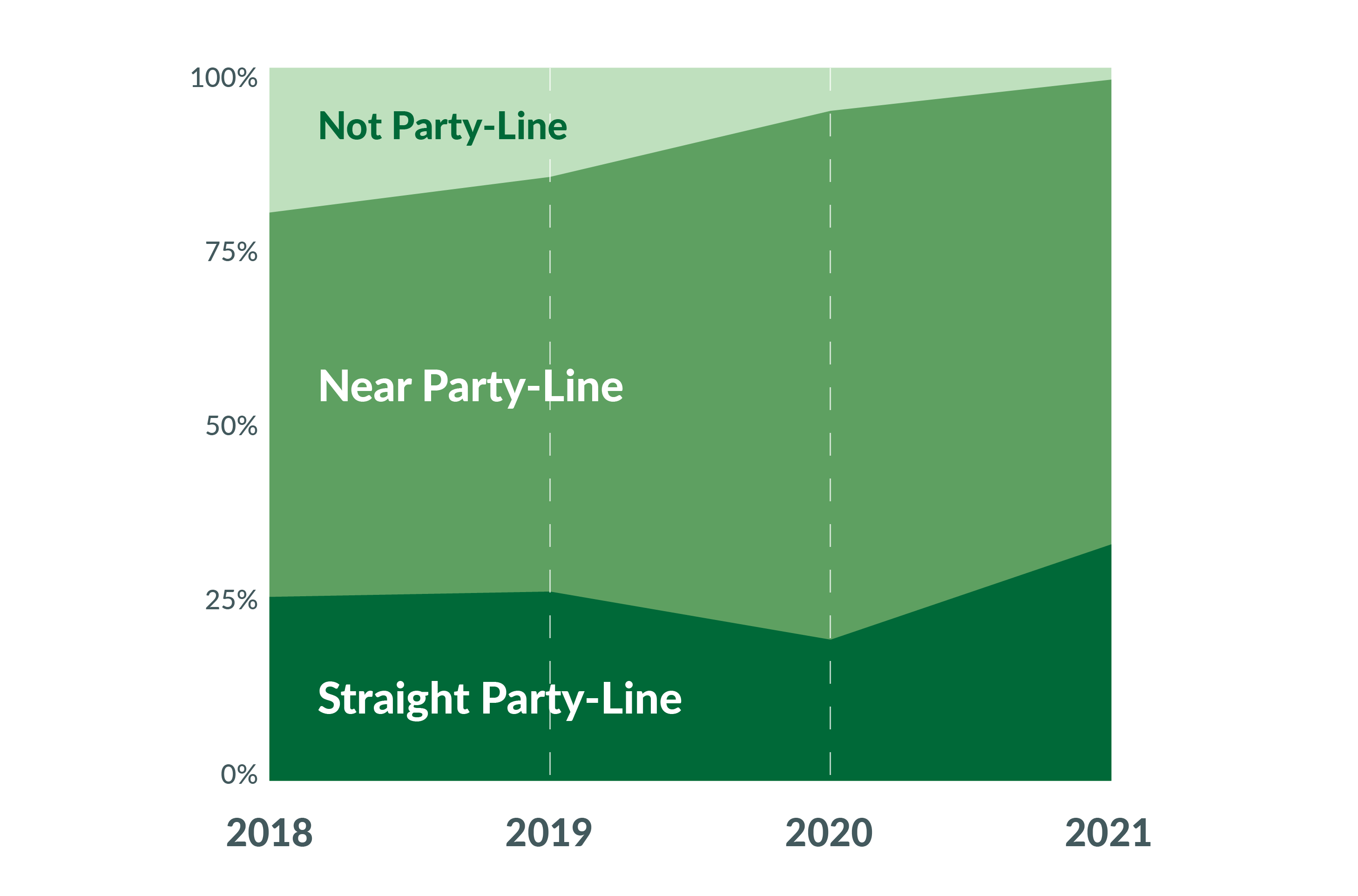 Straight Party-Line: All Republicans took one position, all Democrats took the other.

Near Party-Line: At least 90% of one or both parties voted the same way.

Not Party-Line: Neither party had at least 90% of members vote the same way.

On contested floor votes, how many members sided with their party caucus at least nine out of 10 times? Democratic party-line votes have risen steadily in the last four years. Republican party-line votes dipped last year after the GOP lost the majority, but rebounded this session.

Contested Votes: Votes considered in this graphic are motions with at least one dissenting vote and where at least two-thirds of a caucus took the same position. The numbers in the two charts above show the percentage of caucus members who voted the same way as their caucus on 90 percent or more of contested floor votes.

Source: Virginia Legislative Information System. Votes for each session are through "cross-over," the deadline for each chamber to consider bills introduced by its own members.